NEW YORK, October 09, 2021 (GLOBE NEWSWIRE) – In the video for his latest single, “That’s The Game,” Stove God Cooks uses his confidence and composure to deliver a powerful on-screen performance. Like his first music video with Babygrande Records, Cooks sets a high standard for his visuals going forward.

Directed by GT Films, the clip follows Cooks as he casually moves through a mansion littered with cash and illicit substances, flexing designer labels and a luxurious lifestyle. It sounds like the culmination of Cooks’ Rise – after going through trials and tribulations to get to where he is, he knows his time is now.

Stove God Cooks delivers a melodic masterpiece on the introspective track, proving that it won’t be confined to just one style of hip-hop. He’s an artist who naturally stands out – the confidence and attitude he brings to the mic is intimidating and unmatched by his peers. These are the qualities that inspired Chuck Wilson, CEO and President of Babygrande Global, to strike a deal with Cooks.

“I got a call from my friend Lord Jamar from Brand Nubian who told me I had to hear from this new artist named Stove God Cooks,” Wilson says. “After listening to his album ‘Reasonable Drought’ produced entirely by Roc Marciano, I immediately knew that I was listening to an elite, one of a kind lyricist, able to write and sing such catchy hooks and touching than any artist. I had never heard it before. Shortly after, I offered Cooks the biggest recording deal in the company’s 20-year history and we closed the deal . I can’t wait for the world to hear all the great music he recorded for his next album. “

With co-signatures from mainstream media like Billboard, Complex and Hot 97’s Real Late with Peter Rosenberg and many respected artists like Jadakiss, Conway The Machine, Westside Gunn, Sauce Walka and The Alchemist, it’s no secret that Cooks has the recipe to be hip-hop’s next revolutionary act.

LISTEN TO THE TRACK HERE: https://babygrande.fanlink.to/ThatsTheGame

For more information on the “Love Will Get You Killed” tour, please visit: https://www.complex.com/music/conway-the-machine-love-will-get-you-killed-tour

Babygrande is an independent American label and a creative collective made up of musicians, filmmakers, photographers, painters and writers. Founded in 2001 by Chuck Wilson, former A&R Director at Priority Records / EMI, Babygrande has grown into one of the first independent labels operating today. Babygrande has a catalog of over 3000 albums, music videos and online content including hip-hop, EDM, indie rock and everything in between. Babygrande has helped launch the careers of new artists and nurtured the careers of seasoned veterans. As its 25th anniversary approaches, Babygrande continues to focus on quality music and work with artists of superior work ethic, craftsmanship, talent and sounds.

This content was posted through the press release distribution service at Newswire.com. 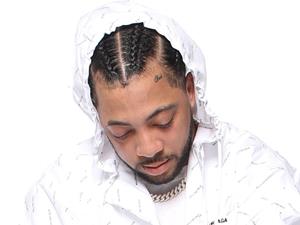 Skanda Anantha Murthy, Founder – Shaale Engineer turned entrepreneur Skanda Anantha Murthy, 33, is trying to bring traditional arts and culture to life through her conscientiously thought-out business, Shaale, like her mother, famous Sanskrit singer and teacher TS Sathyavathi, encouraged him saying ‘there is no art without literature.’ Skanda, a lover of sound engineering and […]

This is what you would want to find in a city praised for its vibrant art scene – an art gallery surrounded by warehouse artwork spaces housed in a trendy neighborhood off the beaten track. And you’re invited to a free art walk tonight where the work of two artists will be on display, along […]

Discover new music and podcasts and download your own with Disctopia

Disclosure: Our goal is to showcase products and services that we think you will find interesting and useful. If you buy them, Entrepreneur can get a small share of the revenue from the sale of our business partners. You see yourself as a trendsetter. A pioneer who is discovering new ways of doing things. After […]